3 Signs Your Teen Is Using Alcohol

Causes of Alcoholism in Teens

The teen phase is the most difficult to cope with. At this stage most adolescents face identity crisis and tend to ape adults around them. There is no single factor that causes alcoholism, however the patterns that go on and develop alcoholism are very familiar. Some of the most common factors seen in teens that are alcoholics are:

Three Signs of Alcohol Use in Teens:

Latest research compared MRI brain images of teen drinkers and non drinkers and found a difference in the quality of the white matter. These differences seem to affect their ability to complete spatial tasks, such as solving a complex puzzle and their ability to pay attention. Consumption of alcohol also interferes with prescription drugs such as Ritalin damaging their ability to perform tasks that require concentration. Alcohol mixed with lithium results in impaired thinking and difficulty performing motor functions such as walking.

The worst problem about alcoholism that may lead to social issues is due to the intensity of mood swings. Alcoholics with high levels of epinephrine in the blood coupled with deficiency in magnesium often lead to cases of delirium tremens or DTs. The symptoms of delirium are the result of extreme form of mood swings that manifests itself as bouts of insomnia and depression. In some cases, it may lead to hallucinations making it even harder for them to deal with their condition. Mood swings associated with alcoholism can be problematic and the earlier it is treated, the better it will be for the patient.

Becoming verbally or physically abusive toward others 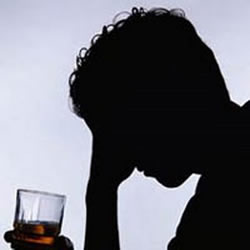 Some teens become verbally or physically abusive when they drink too much. They may yell or throw things about, bang shut the doors and so on. At such times it may be impossible to control them and any attempt to calm them may only aggravate the situation. They may use filthy language and get into trouble with the law or enter into fights and brawls as a result.

How To Find Help For Your Teen

There are several teen alcohol rehab treatment centers with various treatment methods. Depending on the severity of addiction a suitable treatment can be chosen. Before choosing a treatment the disease has to be properly evaluated.