OxyContin is a trade name for the drug oxycodone hydrochloride, an opioid pain reliever and sometimes called a narcotic, used for round-the-clock treatment of pain. It is used to treat moderate to severe pain and almost always over an extended period of time. It is a controlled-release form of oxycodone prescribed to treat chronic pain and provide pain relief for up to twelve hours.

How OxyContin is produced?

Why OxyContin is addictive?

OxyContin a time-release oral version of oxycodone effectively manages pain over a period of several hours. OxyContin abusers have found that it produces an intense high comparable to heroin. By crushing the tablet, time-release mechanism is circumvented and greatly increases the risk of addiction. When combined with alcohol OxyContin can be fatal.

How OxyContin is used legally versus illegally?

It is a legal prescription drug, though OxyContin, and other powerful analgesics, are some of the commonly abused drugs in the United States. It is a Schedule II controlled substance as it has a high potential for abuse but is currently accepted for medical use in the United States with severe restrictions.

OxyContin used for non-medical purposes is a form of drug abuse. According to one statistic report 16 million Americans over the age of 12 use prescription medication for non-medical purposes at least once in a year. This huge number reflects the escalating danger of prescription drugs to American society. Like in the addiction of many drugs it is the teens and the youth who are increasingly addicted to OxyContin. 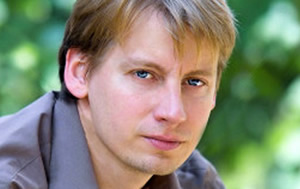 The physical symptoms of OxyContin addiction may include:

Some withdrawal symptoms are as follows

How to find OxyContin rehab?

The best way to locate a suitable OxyContin Rehab center in your state near your home is through the following web link: http://www.rehabinfo.net/oxycontin-rehab/. You can also avail free help finding the right treatment by calling (866) 531-4569.