What Are Club Drugs?

Club drugs have become increasingly popular with today’s adolescents and adults. GHB, MDMA, ketamine, LSD, and ecstasy are commonly known as club drugs, a term originating from the rave phenomenon.

How Are Club Drugs Produced?

Why Are Club Drugs Addictive?

Chronic use of Rohypnol much like other benzodiazepines produces tolerance and physical dependence and therefore causes addiction. Reports prove that people who binge on ketamine behave similar to those who are cocaine- or amphetamine-dependent individuals. Ketamine users also develop cravings for the drug leading to addiction.

Street Names Of The Most Common Club Drugs

Withdrawal symptoms of club drugs are insomnia, depression, agitation, sleeplessness, anxiety, tremors, and sweating. Severe withdrawal reactions have been reported especially among patients who have taken these drugs along with other drugs like alcohol. 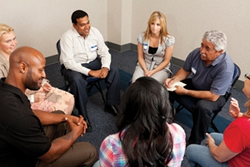 Most club drugs abusers are between the ages of 15-30 and the rehab process for such people do not require special clinical components to assist them in being receptive to the concepts of recovery. Depending on the severity of addiction one can choose either residential or outpatient rehab treatment. Also the focus should be on dual diagnosis issues or co-occurring disorders. As in opiates many of the after-effects from club drugs abuse include depression and anxiety.