Need for Military Personnel to Rehab

Stress is one of the most common reasons for experimenting and as a consequence getting addicted to drugs. Of late military personnel have been involved in a lot of overseas conflicts which has resulted in a dramatic rise in the rate of drug addiction in Armed Forces.  Some of the major causes are stress due to battle, staying away from loved ones for long periods, battle fatigue, and boredom as they cannot contact their friends and loved ones for extended periods. When you combine the above listed reasons with accessibility to drugs it results in addiction and armed forces that should be in a physically fit condition actually lose their health to drug addiction.

Department of Defense’s Defense Lifestyle Assessment Program, has reported that active military deployment increases the rate of illicit drug use. Military personnel deployed between 2002 and 2005 used a higher rate of illicit drugs than personnel who had not been deployed. There was a host of mental health issues like suicide attempts and alcohol or prescription drug use. In response, many base counseling camps were held and military drug treatment programs offered. Active military personnel are also treated for depression, anxiety, post-traumatic stress disorder, Dual Diagnosis support, stress management and conditions alongside drug addiction. 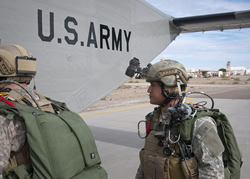 Once the armed personnel returning home after their service in battle or foreign locations, they are faced with many triggers that lead to drug or alcohol abuse and addiction. Some of these triggers can be finding a job, integrating into civil society, reestablishing contact with loved ones after a long absence and so on. Instead if these individuals turn to drug or alcohol it can lead to a full on addiction. In the case of veterans it is often found that post-traumatic stress can cause them to feel isolated which again is a major trigger for alcoholism and drug addiction.

There are quite a number of Veterans Administration (VA) treatment centers and hospitals that offer alcohol and drug abuse assistance for discharged veterans. These services are especially designed and address directly those issues that are unique to war or armed forces veterans and also include the difficulty of coping with addiction and returning home to lead a normal life after experiencing battle stress and fatigue.

Importance of getting help

The armed personnel who make the ultimate sacrifice need military drug and alcohol rehab programs that are designed to meet the unique needs of servicemen and women. It is important for the veterans and enlisted men and women to receive rehab necessary for sober living in order to reintegrate back into society.