Morphine is a naturally occurring substance extracted from the seed of certain varieties of poppy plants and when further processed it results in heroin.

How is Heroin Produced?

Equal quantities of acetic anhydride and morphine are heated in an enamel-lined container for over six hours which results in impure diacetylmorphine. Subsequently water and chloroform are added to remove impurities. Adding sodium carbonate after draining the solution solidifies the heroin. The heroin is filtered out with charcoal and purified with alcohol.

Why is Heroin Addictive?

When heroin is ingested it takes over the areas of the brain responsible for physical dependence and producing the reward sensations to the body. After a couple of times it tricks the brain into halting the production of reward feelings on its own. The heroin user can now experience good feelings only if he uses the drugs leading to dependence and its addiction.

History of Heroin Abuse in the US

Opium was initially introduced by the Chinese immigrants who to US to work on the railroads. The habit spread throughout the Wild West where opium dens sprang up and it was freely available. In 1810 morphine a derivative of opium was developed. It eliminated pain associated with traumatic injuries or operations leaving the user in a numb and euphoric dream-state. Later thousands of Northern and Confederate soldiers treated with morphine during the Civil War became morphine addicts. Soon the United States was plagued with an undeclared morphine epidemic and the proportion of the addiction had grown large enough to raise serious concerns from the doctors. Later in 1874 Heroin was invented in Germany stating that it was safe and non-addictive substitute for morphine. This drug was imported into US and sold freely.

It is sold as a white or brownish powder on the streets known by various names such as Black, Black Tar, Black Eagle, Brown Crystal, Brown Rhine, Mexican Brown, Mexican Horse, Snow, Scat, Skunk, Number 3, Number 8, smack, and many more.

Depending on the how the heroin was administered, you could find remnants or the paraphernalia of drugs. You may find syringes, pipes, spoons and lighters around. Sometimes you may find belts or rubber tubing. 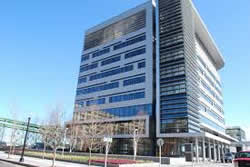 Of the different types of Heroin rehabs the inpatient rehab program is the most widely recognized form of therapy, however many insurance programs do not pay for this form of treatment. There are rehabs that allow the addict to live at home even, or attend daily therapy session, or weekly or even monthly sessions. The outpatients are required to submit urine samples before each session, to ensure that a relapse has not occurred.

How To Find Heroin Rehab

The web is the right place to do a research before finding a drug rehab center near your home.