Why is Ritalin addictive?

Ritalin is almost always prescribed as a stimulant for very long periods of time which to the disadvantage of the patient greatly increases the tolerance to the medication. Gradually the person’s response to this stimulant will begin to diminish due to its addictive nature. Increased tolerance to this medication will naturally cause the user to take higher doses to produce the desired effect which ends in developing an addiction to it.

How Ritalin is used legally versus illegally

Ritalin in the United States is classified as a Schedule II controlled substance, which implies that the drug has a recognized medical value and used as a medicine in the form of pill to treat ADHD and narcolepsy.

When abused, it can be either injected or snorted or used in high dosages in pill form.

Prevalence of addiction to Ritalin

Who is addicted to the drug and is this type of addiction rising?

Ritalin abuse occurs more among college students, to stay awake and study, than other populations. The majority of these pills are procured from legal prescriptions. It is also one of the most frequently stolen prescriptions in the United States.

Signs of Ritalin addiction include: 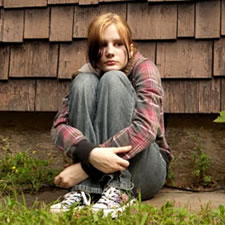 Detoxification is the first part of the process where you must abstain from the drug and the withdrawal pains will be monitored by medical professionals. This process may take anywhere from three to seven days. Sometimes sleeping aids, anti-anxiety drugs or Clonidine will be given. Later addicts will interact with counselors and go through individual and group therapy, which is the key in preventing relapse. Aftercare programs are arranged which are outpatient programs and important in preventing relapse.

How to find Ritalin rehab