Why Alcohol Is Addictive

Consumption of alcohol makes people feel good, and new brain imaging research has helped investigators understand addiction better and consequently make available better treatments for people indulging in alcohol abuse. Investigators say they have identified as to how the reward center of the brain responds to alcohol. Consumption of alcohol causes the release of feel good opioids that occur naturally. These opioids known as endorphins are present in two key brain regions and are associated with reward processing. Those who indulge in binge drinking release more endorphins in response to alcohol, and feel more intoxicated than those who drink less. Also some people’s brains release more natural opioids in response to alcohol and therefore are more prone to drink too much and become alcoholics.

How Pervasive Alcoholism Is In The US

Different agencies have conducted surveys to find out the prevalence of alcoholism in US and most of them have come up with alarming results. One such survey of more than 50,000 U.S. teens found that by late teens, nearly 80 percent had consumed alcohol, and about a quarter of them met the criteria for alcohol abuse. They also said that 80 percent of them had the opportunity to use street drugs, and half of them actually used them regularly. The median age for alcohol initiation was 14 and for adolescents dependent on drugs, the median starting age was 14.

Alcohol withdrawal symptoms occur in people who have been drinking heavily for a long period and are trying to stop or reduce the quantity of their alcohol consumption. These symptoms can begin as early as two hours after the last drink and persist for weeks and can be life threatening. Even if symptoms are mild it is recommended to seek medical attention. The right alcohol withdrawal treatments can reduce the risk of developing withdrawal symptoms such as seizures or DTs that might even result in death. 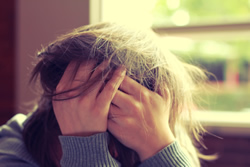 The goal of alcohol detox is to reduce withdrawal symptoms immediately, prevent ensuing complications, and to initiate a long-term therapy to promote abstinence. Prescription drugs include benzodiazepines, such as Valium, Librium, Ativan, and Serax to help the addict fight against withdrawal symptoms.

Getting help with alcohol withdrawal