Marijuana is a mixture of dried, shredded leaves, stems, seeds, and flowers of the hemp plant which are mind-altering. The main active chemical is THC or delta-9-tetrahydrocannabinol.

How is Marijuana Produced?

It is actually raised out of doors and mostly during the summer. It is also grown as indoor plant providing artificial light and planted in pots or large earthen vessels filled with gravel instead of mud.

Why is Marijuana Addictive?

History of Marijuana Abuse in the US

The English introduced it in Jamestown in 1611 and within a century became a major commercial crop. In the 1920’s marijuana became the rage of the jazz world and it was tolerated by the authorities as it was not considered illegal. It was prescribed for conditions like labor pains, nausea, and rheumatism and also listed in the U.S Pharmacopeia from 1850 to 1942. In the 1960s college students used it and hippy culture popularized it. Marijuana was classified as a Schedule I drug by the Controlled Substances Act of 1970. 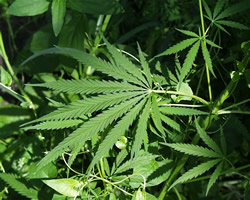 It is said that there are more than two hundred street names for marijuana some of which are herb, pot, grass, weed, grass, boom, gangster, Mary Jane and many more.

In the US more than thirty nine percent of people have tried this drug at least once and many of these people, especially the young have actually become addicted to it. National Survey on Drug Use and Health has found that the abuse of marijuana use is most common among younger individuals between the ages of 18 and 25.

Some physical signs are:

Following are the withdrawal symptoms:

Marijuana is the most widely abused substance and it generally has two treatment options for rehabilitation that are inpatient rehab and outpatient rehab.