Alcoholism is an illness, a long-term chronic disease, characterized by physical dependence and a strong compulsion to drink. The patient finds it difficult to stop drinking and feels the need for increasing amounts of alcohol in order to get high.

Alcoholics are last to be aware that they have a serious problem with drinking. Most of them are in denial mode however the symptoms of alcoholism are quite obvious when you are familiar with the person.

Some Signs Of Alcoholism:

There is a difference between alcohol abuse and alcoholic. A person who abuses alcohol may have the above listed signs however they do not have the withdrawal symptoms of an alcoholic. The intensity or the urge to drink is not the same as that of an alcoholic’s. Alcoholism affects the person physically and psychologically. It results in a lot of social problems as drinking becomes a compulsion and takes precedence over other activities and the worst part is it may not be detected for many years. 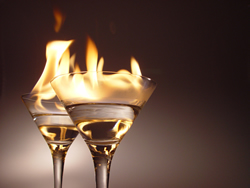 When To Get Treatment For Alcoholism

What To Expect In Alcoholism Rehab