3 Ways To Spot Alcohol Abuse In A Co-Worker

It is not just the friends and family members of the addicts who are affected by their habits but also the employers and co-workers at workplace have to deal with the addict whose performance on the job will be impacted by alcohol. The overall productivity gets affected. According to one statistic around more than seventy percent of alcohol abusers hold at least one job, and studies have revealed that twenty-five percent of American workers between the ages of 18 and 34 use illegal drugs at least a few times during the year. Though they may not actually drink while at work but then drinking does affect every single thing they do.

Impact Of Alcohol In The Workplace:

Statistics about the impact of alcohol abuse at the workplace shows that:

Alcohol abuse causes businesses to lose profits, and makes the work environment a dangerous place. Workers have to pay close attention to their work, should be alert, aware, and in complete control of their faculties so that they make their working environment a safe place.

Spotting the Signs of Addiction 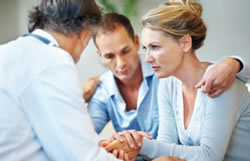 No workplace would allow a person to work under the influence of alcohol but drinking off site does impact the work at office or factory / workshop. An addict would often lie to cover their habits making it all the more difficult to spot in the workplace even when watchful bosses or co-workers are on the lookout for clues. There are a number of visible signs to indicate that an employee may have alcohol abuse problems but you still cannot nail down addiction to any of these signs by itself.

The three most prominent signs of alcohol abuse include: