There are several long term effects of alcohol abuse. Virtually every organ of the body is affected by alcohol abuse. Of the several symptoms four are tangible and easily recognized.

The effect of alcohol consumption on the cardio vascular system is well known. There are many who are in favor of moderate alcohol consumption. However the benefits are far outweighed by other increased risks that include injuries, violence, liver disease, and certain forms of cancer. High rates for low to moderate alcohol consumption and higher rates of cardiovascular disease in cases of chronic alcohol abuse are observed. There are also many studies claiming that moderation in drinking offers a certain level of protection though at present there have been no randomized trials confirming the protective role of moderate doses of alcohol against heart disease. However, it has been established beyond a doubt that excessive alcohol consumption leads to heart failure. Alcohol abuse over the long term can lead to alcoholic cardiomyopathy involving damage to heart muscles that can lead to congestive heart failure.

Effect of alcohol on Nervous system

There are conflicting studies that have shown that moderate alcohol consumption may decrease risk of dementia and Alzheimer disease. This only goes to prove that the study design and methodology are not developed or conclusive. Even if alcohol is consumed moderately there is an increased risk of cardiomyopathy, hypertension and stroke 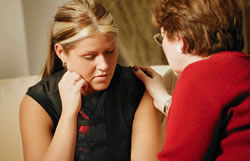 One of the predominant long term symptoms of alcohol abuse is associated with impaired prospective memory. This impaired ability leads to failure to carry out day to day tasks effectively. The impairment is again proportional to the length of period over which alcohol was consumed and also the amount of alcohol intake. The organ most sensitive to the effects of chronic alcohol consumption is the brain. Many of the admissions to mental health facilities are related to alcohol-related impairment. Excessive alcohol intake results in serious cognitive decline and neuropsychiatric complications.

Studies reveal that the relationship between alcohol intake and the risk of stroke to be either U- or J-shaped especially in middle-aged populations. The most common form of stroke in US is ischemic. The non-western cultures seem to have more hemorrhagic stroke. It is estimated that the higher amount of alcohol increases stroke risk by fifty percent.